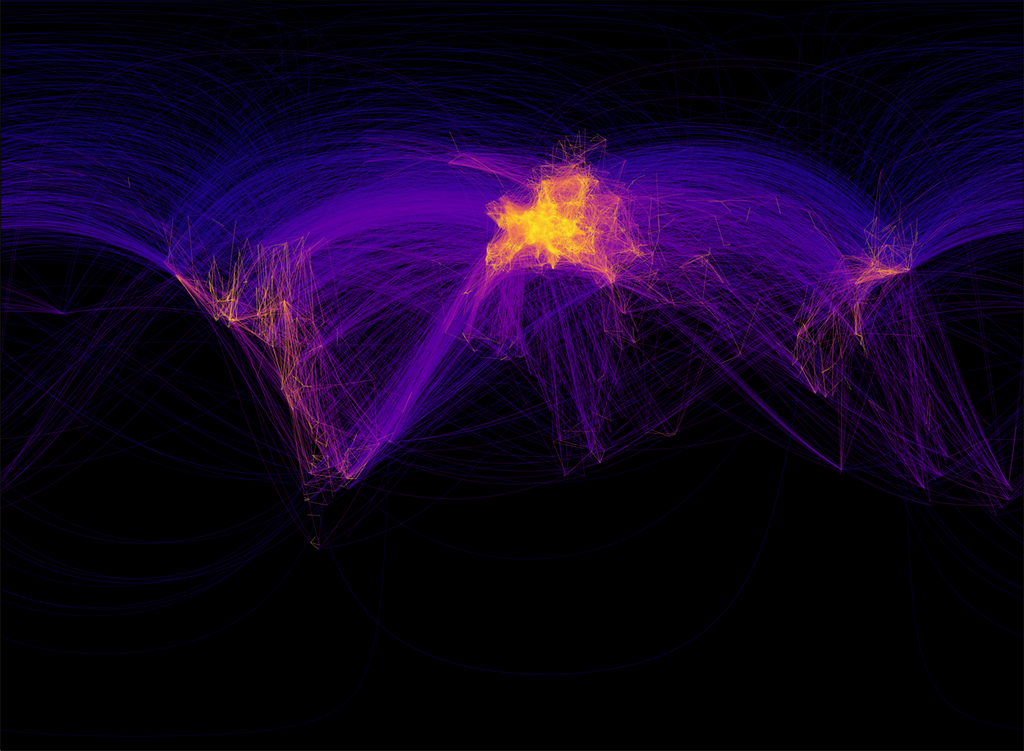 The concept of twin towns or sister cities fascinated me when I was growing up in a small industrial town in Sweden. What did my little municipality have in common with Lapua in Finland or Kjellerup in Denmark? Other examples include the Scottish town of Dull, which paired up with Boring, Oregon and Bland (Australia), much to the Internet’s amusement. I noticed that the pairings seemed to follow cultural connections; Scandinavian towns often have Scandinavian sister cities and occasionally one in Minnesota. Surely, there must be similar patterns elsewhere in the world?

I started searching for a dataset that could help me visualize this data. I found a paper that had visualized sister city relations, but the map was low resolution and the colors not optimal. An improved version has been uploaded to Wikimedia Commons.

To get my data, I queried Wikidata, which is general knowledge database maintained by the Wikimedia Foundation. I found 20,108 distinct pairs of sister cities with the query

There could be duplicates if the relationship is specified on multiple administrative levels and the coordinates for those entities differ, but duplicates aren’t really a problem for the kind of visual I’m making.

I used the haversine formula to compute the distance between the two cities and mapped the quantiles of distance to line color with the plasma color map included in matplotlib. For example, if two sister cities were closer than 75% of the pairs in my dataset, I would color the arc connecting them with 75% intensity. To connect the pair, I drew a great circle arc between them. I also made sure to set the drawing order such that the shortest lines would be drawn on top. I used Python with matplotlib and cartopy to make the visualization.

I find the result quite pleasing. I like how the borders of Europe are highlighted; even the former border between East and West Germany is clearly visible.